The future of drones for search and rescue

Search-and-rescue requires adaptability and agility far beyond current state-of-the-art drones. For instance, the tasks of flying inside partially collapsed buildings, manoeuvring at high speed in a forest or among buildings, safely transporting cargo of varying size and weight in complex environments, performing dexterous yet forceful manipulation, or transitioning to the ground for inspection, require a completely new class of drones.

The main objective of this project was to develop a new class of agile flying vehicles for gathering data, collecting items, and delivering first-aid tools in extended areas as well as in cluttered environments. This objective was addressed by advancing the state of the art in mechanical design, electronic design, and control algorithms.

Inspired by birds that fold their wings in mid-air to cross narrow passages, this drone developed in collaboration by the Floreano and Scaramuzza labs can squeeze itself to pass through gaps and then go back to its previous shape, all the while continuing to fly. And it can even hold and transport objects along the way.

Its four independently rotating arms can fold in various ways, while a control scheme that can take into account the current morphology of the vehicle to guarantee stable flight. 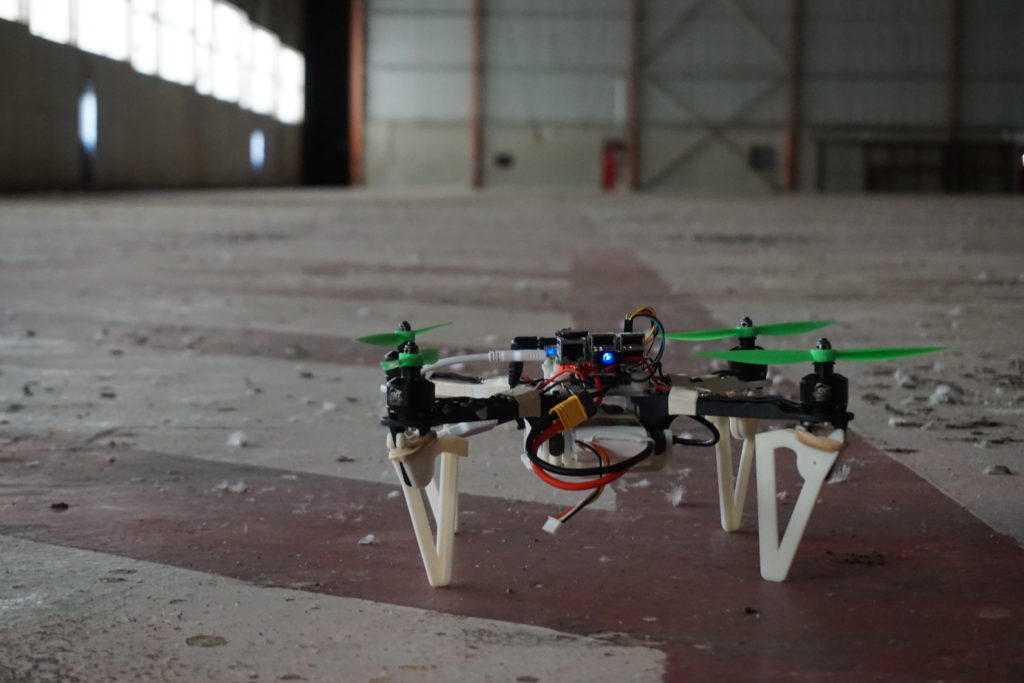 It is a quadcopter surrounded by a foldable cage that provides an all-round protective structure that physically separates the propellers from the environment, ensuring the safety of people in the vicinity. The whole structure of the drone can be easily folded with a single movement, significantly reducing its size for ease of storage and transportation.

This drone, designed by Dronistics, allows safe last-cm delivery of parcels, directly to the user and in areas with no traditional landing site. It can be used in emergency situations or for civilian applications, such as aerial delivery to remote areas. 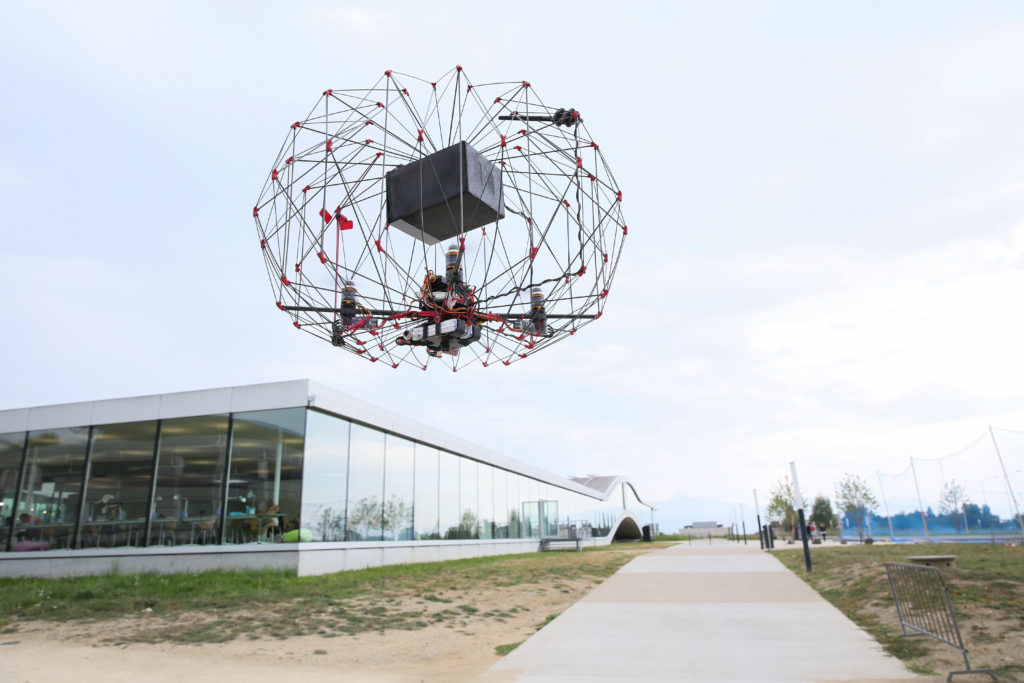 NCCR robotics researchers (in particular, Roland Siegwart’s lab at ETH Zurich) developped new flying manipulators that are lightweight and yet capable of generating significant forces, and new flying robots that can move in all directions thanks to novel arrangements of propellers with controllable thrust directions. These flying robots are equipped with a robot arm, enabling physical interaction with their environment, and manipulation operations from the air. 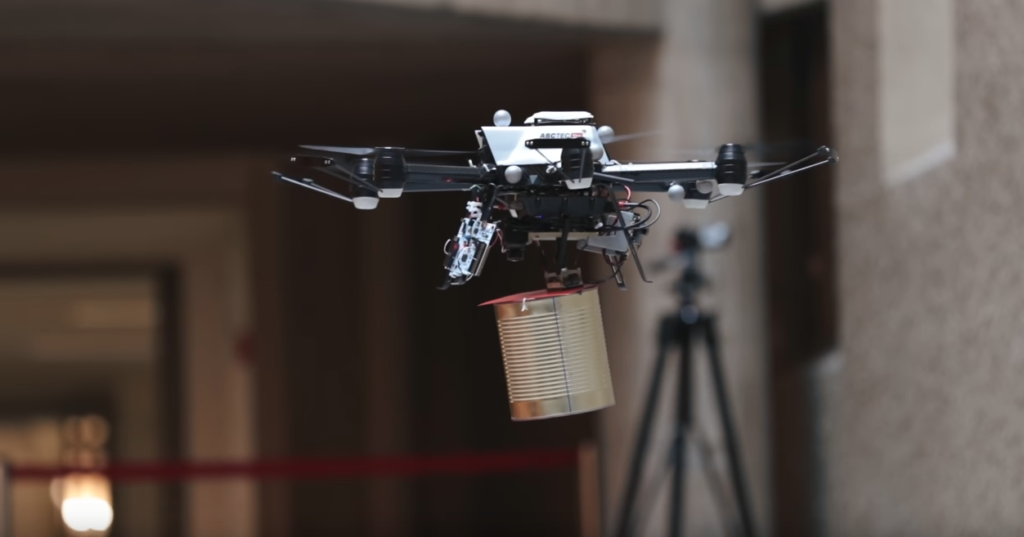 The Floreano lab designed a drone, inspired by birds of prey, that can adjust the shape of its wing and tail thanks to its artificial feathers.

The drone changes the shape of its wing and tail to change direction faster, fly slower without falling to the ground, and reduce air resistance when flying fast. The advantage of winged drones over quadrotors is that they have a longer flight time for the same weight. However, quadrotors can hover in place and make sharp turns.

This hawk-inspired drone is somewhere in the middle. It can fly for a long time yet is almost as agile as quadrotors – a combination of features that is especially useful for flying in forests or in cities between buildings.

Traditional video cameras, such as the ones found in every smartphone, work by regularly taking snapshots of the whole scene. This is done by exposing the pixels of the image all at the same time. This way, though, a moving object can only be detected after all the pixels have been analysed by the on-board computer.

Event cameras, on the other hand, have smart pixels that work independently of each other. The pixels that detect no changes remain silent, while the ones that see a change in light intensity immediately send out the information. The Scaramuzza and Delbruck labs at the University of Zurich have pioneered the use of event cameras for autonomous drones, and Scaramuzza has demonstrated how they can be used to improve drone’s ability to avoid obstacles, or to fly even when one rotor is damaged.