Working with students and teachers to create the robots for the classrooms of tomorrow, that will be used to teach robotics and many other subjects

In the 1970’s and 1980’s, robots were typically introduced in schools as a tool for teaching robotics or other Science, Technology, Engineering and Mathematics (STEM) subjects. However, this specificity held back their adoption for wider educational purposes. This early failure of adoption of robots in classrooms happened because they were unreliable, expensive and with limited applications.

Nowadays, with robots being cheaper and more easily deployable, applications in education have become easier. In the past fifteen years, there have been an increasing number of extracurricular robotics activities showing the popularity of robotics in an informal educational context. However, robots are still underused in schools for formal education. Although there is no agreement over the exact reasons for this situation, it seems clear, from different studies, that teachers play a key role in the introduction of technology in schools.

During the first two phases of NCCR Robotics two products were developed: the Thymio robot— a mobile robot increasingly used to teach robotics and programming, and Cellulo — a small, inexpensive and robust robot that kids can move with their hands and use in groups.

In the third phase, research focused on two aspects. The first one was inventing new forms of interactions between learners and tangible swarms based on the Cellulo robot, and studying the learning outcomes enabled by these interactions.

The second aspect was investigating teacher adoption of robotics from two points of view: platform usability and teacher training. Research showed how to train teachers and exploit Thymio and Cellulo in their daily activities and how to minimize their orchestration load.  Activities relating to computational thinking skills were the main target, with school topics outside the STEM domains also included. 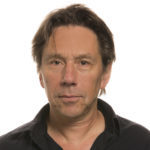 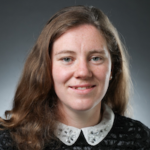 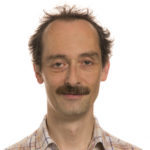